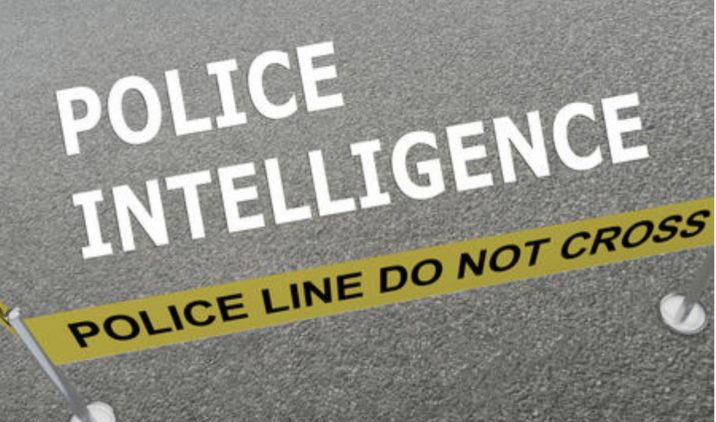 DS Bentham, for obvious reasons, no longer relies to my emails.

(Note: I had complaints, well one, that the notation for hiding the identity of those who had me arrested was confusing to them. So, I will change, that’s what I do… as an I.T. nerd my job was ALWAYS to change things, never to leave them the same.

So here is a conversion chart for the 3 schemes I’ve tried so far:

Anyway, DS Bentham offered, very sincerely, that ONLY when she came to see me in court in 2019 did she or ANY officer know of 12’s background in law enforcement.

Now, despite my written criminal assault charge against 12, what she is confirming is that no officer did the simplest background check on 12.

It also means that when Aurora hired her, WITHOUT A COMPETITION, they did NOT order a police background check on her despite being hired to interact with children in intimate surroundings such as pools and change rooms, etc.

Today, I was reviewing an interview I had with the Professional Standards… Officer Quibble and his partner interviewed me for over two hours, August 2017, a month after my first arrest. I detailed to home her LinkedIn resume which lists that job.

So, I told TWO officers, August 2017 that the person calling for my arrest a month earlier worked for Halton Region police, as did her husband.

So, since DS Bentham di not know, that means her officers, indeed all police officers had failed to even Google her name.

Because they all knew her family from her last name, from her husband’s name, now working security for Saint Andrew’s college.

Police had been called in by 12 before, and I guarantee you the first thing she does meeting police is to play the thin blue line card.

So, why would DS Bentham try to, figuratively anyway, blow the visible products of combustion upstream into my rectal orifice?

I’m guessing…. someone she works for, some Dep. Chief perhaps, her former boss maybe…. suggested she try to throw me off the scent. It would be a desperate move, I suggest it is something you try when you have nothing else.

Nn\ow, on November 30, 2020 two Aurora Works men came to my door worried I was raising cattle in my back yard and I was recycling their farts as a natural gas replacement. They had called police to come along to protect them, they knew my propensity for violence and weapons perhaps, (12 claimed to police I helped a guy make a gun threat call to Azilda) and in case I should I get physical… at 71 I rarely get more physical than walking up my stairs.

So ,I was intrigued on how they came to read my blog. So I paid Clerk de Rond $5 and filed a Freedom of information act request for all documents about the incident. I got the response yesterday. They found one “responsive document” and wanted $10 for a paper copy. I got the Index of documents for free for the $5.

The single document? A town bylaw. Available free on aurora.ca

No Works Yard call log. No emailed report from a concerned citizen or a phone call from a staffer. Absolutely no record of why they called police to break into my home.

Just as on July 14, 2017 staffers called in police to arrest me, and the CAO kept no log of that either.

This adds to the list of logs one would think my town should keep.

Because the log would be useful in court to prove they followed common protocols for calling for the arrest of taxpayers.

Now, Aurora has not one single document proving their arrests of me were done at their bidding. They concealed everything related to calling in police for my arrest July 14, 2017, May 30 2018 and November 30, 2020.

After all, 12 is being defended as a town employee from June 3, 2017 up to at least December 2018, ten months after she voluntarily quit.

So, since 12 has had me arrested twice between those dates, she did those arrests as a town employee. And now that she is back working for Aurora, it is dead simple to prove the cooperation between Aurora, 12 and police.

Why do they continue to argue they are innocent, yet they provide so much evidence to the contrary?

Remember, my lawsuit at no time sued for a bylaws ticket. It sued 12 PERSONALLY for false arrest, public mischief. It is 12’s name on the lawsuit. It is NOT her name plus “acting as Bylaws Manager for Aurora”. It is just her assumed or aka “also know as” name she adopted informally.

it is AURORA’S choice that they claim her as an employee for years after she voluntarily quit. That can only mean her severance buyout included a clause for free lawyers for life perhaps. And so she acted with abandon, she cannot lose, regardless of how many more than four charges she makes.

But keep in mind, 12 DOES in theory at least, “pay” a second lawyer to sue me for $1 million, if she wins she keeps it all. But if she falsely arrests ME, then Aurora pays her lawyer. WIn-WIn… the civil servant’s motto.

It is obviously a sweet deal only civil servants can dream up. Pay her $80,000 to voluntarily quit, include lifetime lawyers… then hire her back when people forget sh e but “voluntarily”.

I even asked for Allan Downey’s emails from home telling him about illicit cow fart capture on Orchard Heights. I got not one email HE had received.

So, did Works’ employees Lindsay and his buddy read my blog regularly? Of course not, only three women read my blog and none of the three is my mother.

No, Lindsay did not read my blog. he as told about my blog.

DS Bentham told two officers to advise the staff about cow farts and Lindsay, without being prodded, demanded “peace keepers” to come with them.

Snd at no time was either works staffer required to document why they were helping police enter my home illegally.

I do not need much more proof of how closely Auroa works with police to keep taxpayers silenced. They don’t even bother to keep notes. I guess it happens a lot and they just can’t afford time to keep notes.

They do not log gun threat calls to Azilda Robinson. Maybe there are too many to track.

I guarantee you they track on paper every call from taxpayers wanting a pickle ball court on their street.