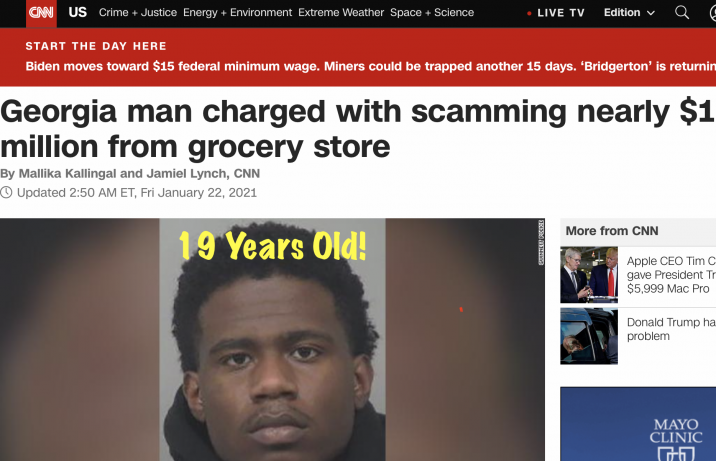 I do not blog often enough about what I know best, designing computer systems. Imitating lawyers is just a sideline.

Here is a massive fail from CNN today.

The Kroger Company, or simply Kroger, is an American retail company founded by Bernard Kroger in 1883 in Cincinnati, Ohio. It is the United States’ largest supermarket by revenue ($121.16 billion for fiscal year 2019), and the second-largest general retailer (behind Walmart).

Seems he discovered there was no limit and no management signature required to process a credit card return of $87,000 at a grocery store in one transaction, so he did more than one and used his own credit card to receive the funds.

BRILLIANT! He had enough time to buy MULTIPLE carS, and time to total one of them.

Or some boffin used a software package designed for a Ferrari dealer.

I’ve returned stuff. Amazon is simple. A return SHOULD b easier than a sale, but go return a bottle of wine at the LCBO… You once needed to write out your order and sign it to BUY booze, now you must sign ONLY when you return it. And both systems designed said their design was best.

Did his credit card company twig that a minimum wage guy just deposited $980,000 on returns he NEVER bought on that card? That’s a bug as well. I have had them phone me to confirm I just bought a tee shirt in Alaska.

I’d love to know what. the largest return amount the program accepted before it suggested a double check.

And a car dealer SOLD cars COMPLETELY on a credit card?