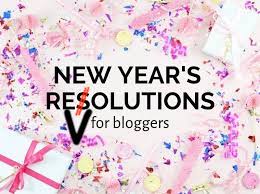 Each hour up to midnight this post will be updated.

This cartoon says it all.

I hope you’re into metaphors…. the theme song for this post:

🎶 Today I walked down the street I used to wander.
Yeah, shook my head and made myself a bet.
There was all these things that I don’t think I remember.
Hey, how lucky can one man get?

I bronzed my shoes and I hung from a rearview mirror.
Bronzed admiration in the blind spot of regret.
There was all these things that I don’t think I remember.
Hey, how lucky can one man get?

Today I walked down the street I used to wander.
Yeah, scratched my head and lit my cigarette.
Well, there was all these things that I don’t think I remember.
Hey, how lucky can one man get?

Don’t give up. Illigitimi non carborundum (Thanks Paul Burns, 1972). Stiff upper lip. All that stuff. If you’re right, don’t give up.

People need more details before they will believe you.

Record it for them. Blog it.

Prepare for both outcomes before taking any step. 1. advance 2. fall

Time… when it seems to take forever, relax, that’s more time for more evidence to show itself.

A Year End Status and Review

I started 2020 with 4 women “foes”, and ended with 5. Our Lady of Grace Principal Ines Donato just took up the cause of woman #1, and I spent 3 days in prison because of her, house arrest, and 11 more false charges. But, she is a serving civil servant and I can name her and state my opinions of her judgement.

From the 11 charges made AGAIN March 4, 2020 by woman #3, THE CROWN chose 3. A notebook confirms “wait for Crown approval to arrest”. She brought 11 false charges, the CROWN reviewed the list they were provided and chose 3 of them as viable. No word on why the other 8 charges failed the sniff test.

I don’t know a better way to say this…. why are they making it so easy?

When it is the Crown telling police when and why they can arrest me… what next? Arrest on Tweets from Trump?

So even though J. Dawe in June ruled my recognizances illegal, the Crown gets 3 days of TRIAL on two alleged acts J. Dawe ruled were fine, if not REQURED OF ME.

I won my appeal of my first sentencing by Justice Rose. No “mens rea” (the guilty mind) was looked for or even in sight. My second sentence by J. Harpur is under appeal. 26 counts since 2017. 36-38 officers spent $250,000 “protecting” an “officer of the court” from the TRAUMA caused by her mo there searching out my blog every hour, looking to read her very own daughter’ name. Or see a picture of her daughter’s name.

2 counts remain of the 3 laid. Cops were given 11 by woman #3, the Crown picked out 3 breaches for arrest, THEN the fact checker found no underlying bail term existed… one was withdrawn. Grudgingly, of course.

I am now “With defence COUNSEL.”

There are several other posts here for details on the 4 different stories told by the 3 exerts LSO witnesses.

You’ve seen all this before. But, I always write each review fresh, no copy/paste. That way you get a slightly different set of details each time. Eventually, you will have read it all. Sometimes, you will see a mistake in a number or date. I plant those so you will feel satisfied to find them.

I made the mistake of advocating with and on no behalf of the volunteer Canine Commons Committee for a new dog park. I got it, O got the money but worse, IT GOT ME.

Woman #2 was embarrassed she was NEVER able to get one penny for the dog park out of Allan Downey since 2004.

My efforts convinced an embarrassed Council that Director Allan Downey should be given $80,000 for a brand new dog park.

First, he “re-aligned” the efforts of Woman #2 away from accepting my help to being aware she could be evicted from the dog park with her 9 year old unlicensed dog walking business. She was TWICE bribed with wood chips to declare me in writing as harassing her. Twice. Jim Tree and Mayor Mrakas each asked her for a signed letter to them personally, discrediting all my efforts on her behalf for the $80,000. Woman #2, at that time, was still appreciative of me in every email and text. In fact, she texted me about the bribes in real time, called me to her home to console her. I went and witnessed Mayor Marks’ bribe call. She refused to give me up. I got her the wood chips “next day” anyway.

Finally, I was assaulted by Woman #1 at an Aurora community event she set up in a Town park. She shoved her fist and a $300 ticket into my armpit. My dogs slipped a knot and ran tied together for 5 seconds to find me.

June 4, 2017 I filed a written assault complaint which PC Gaudet took to DS Bentham and she declined to investigate. The name of woman #1 matched YRP inaugural Chief Bruce Crawford and current Deputy Chief Andre Crawford. She THEN chose to go by her maiden name despite no proof she ever legally changed it.

I began to get calls from police telling me: “Don’t send emails to woman #1 anymore”. Of course I said “No, thanks.” because as a taxpayer I have the right to email the staff who assaulted and ticketed me.

2 cops showed up at my door unannounced to illegally speak ABOUT me to my wife while I was out. They told her “Your husband has a problem with the Town of Aurora.” They did not provide details. They left.

My wife had collapsed by the tome I got home. She stated she was divorcing me. All of that “I told you so!” stuff.

Within days, July 14, 2017 I am arrested by Woman #1. She said I emailed her about her new name after I was told not to. Criminal Harassment X 2.

November 2017 Crown David Moull asks me if he can stay the charges. I agree. I am self represented.

The Canine Commons Committee refused to align with me in demanding that Aurora ALSO make the new park “Accessible” under the AODA laws of Ontario.

I had to drop all previous cooperation with the Committee.

November 29, 2017 I reported the Lead Volunteer’s company truck blocking entry to the park and gates under a No Parking sign. She called IN police, claiming the report of illegal parking was HARASSMENT of her. Police cleared every email I ever sent her.

January 25, 2018 0 Aurora Council approves bylaw to renew Provincial Offences Officers licences, manager is renewed as C…. married name, and NOT her maiden name she claimed for the past 7 months. Aurora refuses to provide FOI response when asked what the amount and surname was on her severance cheque.

May 10, 2018 I reported to Aurora Bylaws that a dog being walked by woman #2, Lead Volunteer, had attacked two of us and gotten mud on us. I asked the new Bylaws Manager to enforce the “no commercial use” in the Parks Bylaws. He refused.

May 11, 2018 I emailed police and asked the same support for the Bylaws violated. Bylaws Manager Alexander Wray had refused to even respond. May 10, Woman #2 had slandered me back to everyone in town. On May 11, 2018, I sued in Small Claims Court woman #2 for $10,000 for libel, slander, etc. At settlement. I offered to settle for just an apology of her choice. She refused, I moved up to Superior Court as suggested by a justice.

May 30, 2018 I was arrested (#2) for harassing woman #2, the “Lead Volunteer” of Canine Commons Committee, as stated and signed in the contracted terms of Allan Downey himself, by email.

August 31, 2018 woman #3 has me arrested (#4) on 5 breaches she wrote up for Det James Ward. She Tweeted the details from my blog to him @sargerarp from one of her 3 Twitter pseudonyms.

June 11, 2019 – my trial on Woman #2 charges begins, I am self presented as my counsel was refused standing based on a complaint by a witness, woman #3 who is also LSO-licensed.

November 13, 2019 – J. Fuerst orders Crown Greg Elder to remove woman #1 and #3 from all bail recognizances in future since ALL their 5 charges were just withdrawn.

December 6-9, 2019 – Arrested INSIDE J, Edwards’ court room. Jailed in basement. 9-1-1 to hospital heart attack. Crown documented me as sent to Lindsay Prison. Refused me to see my counsel for 26 hours. NO COURT ARREST APPEARANCE, NO ARRAIGNMENT …. to this day.

February 2020 – Catholic Principal Ines Donato works with Women #1-3 to trespass me 500 meters form school, even out of my home. Police are called by women. My probation officer is called about the ongoing police investigation…

DS Bentham calls lawyers Stork and Painter to be witnesses to 1 of 11 charges woman #3 brought her. 3 LSO members swear I breached in 4 different stories of the same 5 second alleged incident FROM 19 DAYS EARLIER, Feb. 14, 2020, that went UNREPORTED until DS Bentham went looking.

All 5 women worked as a team with a common goal: “Get Lepp!”