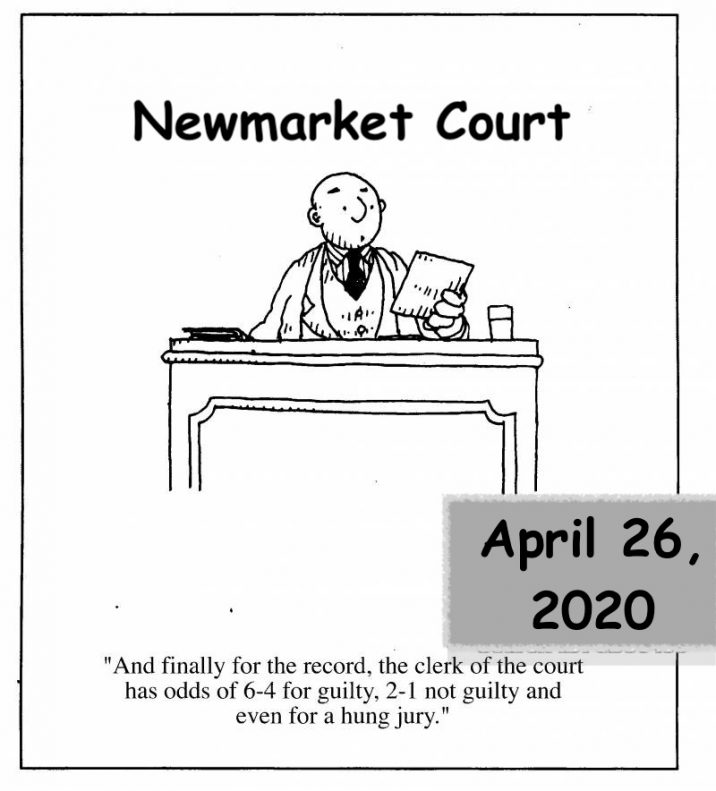 Their lawyer has indicated they are anxious to move and set a trial date.

The basis of the suit is that:

So, how do I plan the correct trial date?

The major problem for me was that Principal Ines Donato and/or her helper(s) contacted my Probation Officer, Maria Bedford. Ms Bedford was told by woman #1 that police were investigating me for breaching bail. And woman #2 and #3 also called she said.

Ms. Bedford was in contact with DS Heather Bentham about the allegations.

Ms. Bedford then ordered me to contact DS Bentham to be arrested. I did that on February 27, 2020. She made me an appointment and I met her inside an office at the station on Prospect Street. I recorded audio of about 56 minutes of admissions by DS Bentham.

One charge was later dropped without asking, they had not even checked that what woman #3 claimed as a bail term existed.

The two remaining charges stand now, I hired counsel, and we go to trial April 26, 27, 28, 2020. We will subpoena Ms. Donato and Ms. Bedford and DS Bentham to confirm their stories as I outlined above.

These 2 remaining charges were made by woman #3 again, as are a total of 19 or so, and not ONE of them has been proven in court. In 6 arrests in which she had a part from May 30, 2018 to March 4, 2020, not even one charge was found to be truthful. She effectively perjured herself in each charge. And in a December 4, 2019 Victim Impact Statement, she swore to facts not proven in any records that I can find.

The first charge is that I typed woman #2’s name, and woman #3’s name, on a court filing asking for a motion to withdraw my $7 million for $1 and a simple apology.

The second charge is that I allegedly spoke to woman #3, a licensee of the Law Society of Ontario, inside J. Edwards’ court room on February 14, 2020. There were 3 witnesses named and they swore to 4 drastically different stories. Black and white versions, as it were as the contrast among the 4 stories is absolute.

One witness, York police lawyer Barry Stork signed that he heard me say nothing at all, so he really is my witness, I guess.

The second lawyer, Chas. Painter, for both Aurora and woman #1, signed that I was cleaning up and had not even move from the defence desk, and I just turned my head only, and spoke over my shoulder. He did this to make sure the charge failed at trial. There is no other valid explanation for how the 3 of them did NOT write down the planned story and each just winged it. I can think of no other way 3 professionals honestly came up with 4 stories for 5 second event which happened right in front of their noses. They all told different stories just so I would remain under “bail” terms a while longer. They DID coordinate of course they all cited being in the same room at least.

The main complainant, the one who took a total of 11 new charges to police on March 2, 2020, says there are two stories for the justice to choose from:

So, in 3 stories from 2 of the lawyers, it is alleged I spoke one of 2 possible scripts. The judge can choose his favourite.

In the 4th story, I said nothing at all.

I believe I have a chance at being acquitted if my defence counsel reads my blog. She does not so…. I may have to help her in court.

So, waiting for the trial, decision and sentencing seems appropriate before going to trial on my Small Claims suit against Principal Ines Donato. Because, I can use a win on April 28, 2020 as proof that Ms Donato committed public mischief. She caused an investigation which did not exist before she and the 3 women called my Probation Officer. That is the very definition of public mischief. IF I am found innocent.

BTW, J. Dawe has already ruled the bail terms I was arrested on March 4, 2020, were illegally assigned by Crown Greg Elder who was ordered by 2 SCJ justices, Fuerst and Dawe, to remove woman #3 and woman #1 names from ALL my recognizances on November 13, 2019 and December 11, 2019. Had Crown Elder not put himself in contempt of those two SCJ orders, the 2 women would NOT have a reason to allege 11 breaches.

Instead, when Crown Elder defied the 2 SCJ orders, the probation order FALSELY assigned by J. Rose would NOT have named the 2 women at all.

So, it is the contempt of Crown Elder that got me arrested March 4, 2020 when principal Donato complained to police about me.

THEN, I will do one of two things:

For now, we wait for trial time in a court system overloaded with unnecessary minor Administration of Justice charges that should have been handled simply in Judicial Referral Hearings.

Had my knot on the light pole been better none of this happened. But that let 2 dogs walk 30 feet tied to each other and sit at my feet. Had woman #1 run out of gas on her motorcycle she would not have been there. If her officers had refused to lend her a ticket book. Had one officer suggested she should FIRST ask me for ID and show me hers. If she had NOT guessed at my address and my legal name… if she got my postal code from me…. if she had mailed me the ticket… if she had not claimed to have changed back to her maiden name….. if she simply told me the date she legally changed… if HR Manager Sandra McKenzie had NOT called police and had instead asked a few background questions…. had Mayor Dawe and CAO Nadorozny and Legal Director Techa Van Leeuwen on July 14, 2017 at 11:39 am NOT met with DC Jeff Brown and instead asked woman #1 a few questions… if any of the councillors had read any one of my emails… if my friend had not taught Eriin’s Mayor Allan Alls how to fly in the RCAF…. If Erin teacher and pool owner Lee Anne Goyeau has NOT found my blog and phoned me about what happened to her and Peter s in town by woman #1…. if I had NOT subpoenaed Mayor Dawe and Director Downey who confirmed the romance…

if any of these many things had happened, I would not have a criminal record and be broke.

So, I think my chances are good.

What do YOU think?