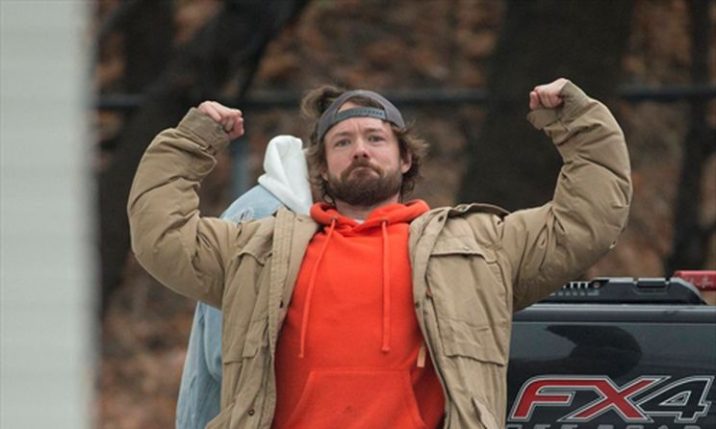 Does this sound familiar?

I was banned from the ENTIRE Internet and told to sell all my computers. They refused to modify the bail.

This guy PLANS to get customers sick from COVID and is banned ONLY from Social Media and THEN they reversed that as a violation of HIS rights.

I blogged a photo of Karentrois’s name on my lawsuit front page… about as tall as this row of PERIODs….. and I went to prison and I had to sell any device I owned with a “communication” capability.

“…a ban on all forms of expression was incompatible with the principle of restraint,… “

A justice of the peace erred in law when he banned Toronto barbecue restaurant owner Adam Skelly from using social media after his arrest for mischief and obstructing police during a COVID-19 lockdown protest, a Superior Court judge ruled Friday.

“I find the complete ban on Mr. Skelly’s ability to use social media was simply too broad,” Justice Robert Goldstein reading his decision agreeing to Skelly’s request to alter some of his bail conditions.

Freedom of expression is enshrined in the Charter of Rights and Freedoms, and a ban on all forms of expression was incompatible with the principle of restraint, the judge said.

“It was also incompatible with perfectly legitimate forms of expression on social media, such as expressing a political view about the lockdown measures, or advertising a lawful takeout business, or even streaming a demonstration of barbecuing techniques as a form of business promotion — not to mention merely sharing family photos on Instagram.”

However, the judge agreed with Crown attorney Mike Townsend that placing some limits on his use of social media was justified, because Skelly had gone online “to publicize and attract customers to the opening of his restaurant. “He did so as a form of protest. He indicated that he intended to violate the lockdown regulations.”

Therefore, while Skelly is free to use social media “for ordinary purposes,” including expressing political views or advertising his business, he is prohibited from using social media to publicize, organize or incite breaches of the law or public health orders, Goldstein said.

Goldstein also agreed to Skelly’s request to change the boundary conditions on his bail which originally prevented him from accessing the three locations where his Adamson Barbecue operates, including 7 Queen Elizabeth Blvd. in Etobicoke.

Skelly was not present during the brief teleconference hearing, as his mother died earlier in the day, said his lawyer, Cal Rosemond. “I am content that the court was thoughtful in balancing civil liberties in the judgement,” Rosemond wrote in an email to the Star.

In late fall, an alarming rise of COVID-19 prompted the provincial government to issue a lockdown order. Restaurants have since been limited to offering only takeout or delivery options.

In November, Skelly announced on social media that as a protest against the lockdown measures he would be opening for business including offering outdoor dining. Large, boisterous crowds attended — as did bylaw officers and police.