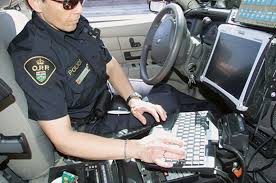 Well, my voice is being heard!

One of the things crazy people do is assume their brainwaves are connected to the universe and can make things happen.

The program will be made available to provincial enforcement agencies including the Ontario Provincial Police, First Nations police, and the Correctional Services Oversight and Investigations unit.

TORONTO — Ontario plans to implement a digital evidence management system for police that it says will allow officers to focus on crimes and prevention rather than pushing paper.

“With this new system in place, more time will be given to core police work because less time will be spent administering the evidentiary paper trail,” Jones said in a virtual news conference on Tuesday.

Axon Public Safety Canada, which makes body cameras and Tasers, won the contract for the project, Jones said, although she declined to say how much it is going to cost.

The evidence system will allow easy storage and sharing of large audio files, videos and photographs that can be securely sent to Crown attorneys and other police forces, she said.

Gone will be the days of handing off USB sticks and DVDs to the courts, Jones said.

The program will be made available to provincial enforcement agencies including the Ontario Provincial Police, First Nations police, and the Correctional Services Oversight and Investigations unit.

Two Ontario forces, Peel Regional Police and Toronto police, already use a digital management system from Axon that will be compatible with the provincial one, Jones said.

“The benefits from modernizing our digital systems include a seamless and efficient and secure exchange of files in evidence from the police service to our partners in court,” Duraiappah said.

Five years ago, as Toronto police began looking into the use of body-worn cameras, concerns were raised about storing evidence on the cloud while the physical servers were located elsewhere.

It proved a particularly thorny issue if those servers were located in the U.S. due to that country’s Patriot Act, which allows American authorities to access data that is stored in their country.

Jones said the new evidence management system would be based in the province.

“We have assurances and we made sure the cloud-based (system) is Ontario-based,” Jones said.

Vishal Dhir, a managing director of Axon, said the infrastructure used is based in Canada.