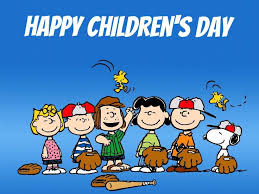 Check out this CBC article….

B.C. billionaire given the green light to sue Twitter over ‘Pizzagate’ tweets

People on Twitter accused him of heavy involvement in “Pizzagate”, abusing children along with help from Hillary Clinton, under a pizza parlour in DC. Twitter did nothing to stop the lies being published. So, he has money, he sued.

Ines Donato and her parents point out often when describing my advocacy at Stop #1208…. “He takes pictures of children.”

People do not say “Taking pictures of children is helpful, can I get a copy for my wall?”

Ines Donato claims to believe her parents who at 3:00 pm claimed I was taking photos of children… who were inside the school, being that it is still 3:00 pm.

So without seeing one photo or talking to one child photographed, Ms Donato is saying in so many words… “Lepp is a pedophile.”

So, I sued her School Board. And York Region.

I am so amazed Catholic principals are trained to stop people photographing children until one puts on a white collar. But, with a collar on, you can check a kid out for home on weekends.

Is being Catholic like “B.O., or stink”? Can they not smell themselves? Can they only see pedophilia in Protestants or agnostics?

I may be on to something here…. if priests still interfere with children, let’s put bodycams on all the choir boys who do not yet own an iPhone.