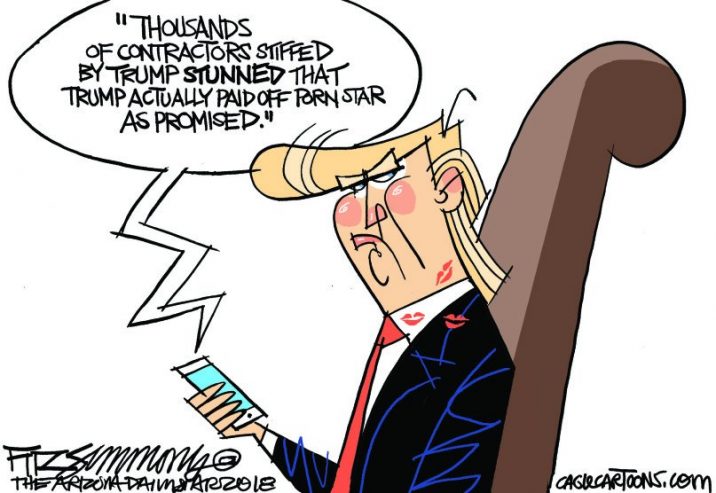 Trump has forever used lawyers and high fees to NOT pay his bills, especially to smaller companies unable to pay high lawyer costs. Hundreds of companies have not been paid.

So, Rudy should have gone into this with his eyes wide open.

Maybe he was squinting a bit though, because CNN is reporting today he was stiffed. And I could not be happier.

For a prominent lawyer like Giuliani to be taken in for a lot of money is just so satisfying. He knew what he was risking, He got greedy, He lost.

The only hopeful element in all this is that Trump may never be able to hire a lawyer ever again.

imagine Trump’s grandfather rolling in his grave. He left Germany for America, sold women and booze on the Klondike trail, ran shoddy apartments in New York and refused housing to blacks. He accumulated hundreds of millions of dollars. He built a name. That name took one person to the highest office in America.

Then his useless grandson sullies his name by not paying lawyers.