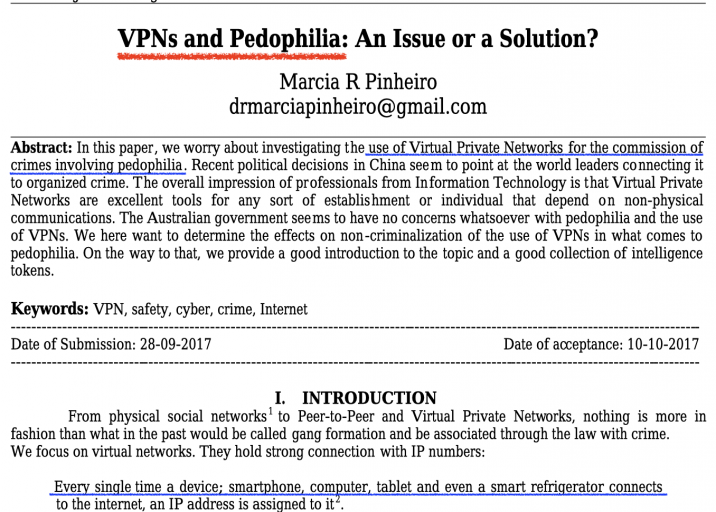 Yesterday, I emailed police and the Crown suggesting a way to ensure a permanent end to my breaches. I said that if the 3 women simply gave someone their IP Addresses then stopped using VPN’s, that I could somehow block them from seeing photos of their names on my lawsuit and getting more afraid of me.

That would work if it was ONLY the 3 women who were being offended. Then I recalled that #3 had her mother following me as well. She said in her impact statement when Justice Rose erred in finding me guilty WITHOUT a men’s rea proof…. that her mother bemoaned my existence to her last breath

I would need her mother’s IP address as well. Well, I would have before she so sadly passed with one of her last thoughts being how allegedly poorly I was treating her daughter.

But, I meant, I would need the IP Addresses for their families. Even though I get 7 or even 8 viewers a day, one may be a different family member every day, a #2.1 or #2.2 for daughter and husband, etc.

It is 8:21 am on January 14, 2020 as I wrote this and #3 just logged in to my blog site. I blocked her of course within seconds. She will now see a bubble suggesting the block is because the viewer is hiding behind a VPN, just like pedophiles and Trumpers do.

Did I just indirectly communicate with her? Did I just breach by making sure I could not breach? Is that funny or what?

To be charged, police would simply prove that #3 today used an IP address starting with 170.130 and that I blocked that, and that therefore my bubble advising of VPN usage was KNOWINGLY communicated with #3?

In fact, #3 has SUCH influence with Police, being an officer of the court, that she could convince police that the ONLY reason for my blog is to communicate with HER. And therefore EVERYTHING I wrote was a communication to her. Yeah! That’s the ticket! Claim I opened my blog JUST to communicate to her.

If Trump can claim that, then so can anyone else.

So, I better publish a “cover my ass” advisory here and now:

So, in general, as long as you are not someone I am not supposed to communicate with, welcome!

These are NOT my words, and they are NOT intended for anyone who already uses VPN’s. So, if you did not come in in a VPN, I am speaking to you. Indirectly.

No, seriously, don’t. You’re probably reading this because you’ve asked what VPN service to use, and this is the answer.

Note: The content in this post does not apply to using VPN for their intended purpose; that is, as a virtual private (internal) network. It only applies to using it as a glorified proxy, which is what every third-party “VPN provider” does.

Because a VPN in this sense is just a glorified proxy. The VPN provider can see all your traffic, and do with it what they want – including logging.

There is no way for you to verify that, and of course this is what a malicious VPN provider would claim as well. In short: the only safe assumption is that every VPN provider logs.

And remember that it is in a VPN provider’s best interest to log their users – it lets them deflect blame to the customer, if they ever were to get into legal trouble. The $10/month that you’re paying for your VPN service doesn’t even pay for the lawyer’s coffee, so expect them to hand you over.

But a provider would lose business if they did that!

I’ll believe that when HideMyAss goes out of business. They gave up their users years ago, and this was widely publicized. The reality is that most of their customers will either not care or not even be aware of it.

But I pay anonymously, using Bitcoin/PaysafeCard/Cash/drugs!

Doesn’t matter. You’re still connecting to their service from your own IP, and they can log that.

But I want more security!

VPNs don’t provide security. They are just a glorified proxy.

VPNs don’t provide privacy, with a few exceptions (detailed below). They are just a proxy. If somebody wants to tap your connection, they can still do so – they just have to do so at a different point (ie. when your traffic leaves the VPN server).

But I want more encryption!

Use SSL/TLS and HTTPS (for centralized services), or end-to-end encryption (for social or P2P applications). VPNs can’t magically encrypt your traffic – it’s simply not technically possible. If the endpoint expects plaintext, there is nothing you can do about that.

But I want to confuse trackers by sharing an IP address!

Your IP address is a largely irrelevant metric in modern tracking systems. Marketers have gotten wise to these kind of tactics, and combined with increased adoption of CGNAT and an ever-increasing amount of devices per household, it just isn’t a reliable data point anymore.

Marketers will almost always use some kind of other metric to identify and distinguish you. That can be anything from a useragent to a fingerprinting profile. A VPN cannot prevent this.

So when should I use a VPN?

There are roughly two usecases where you might want to use a VPN:

In the second case, you’d probably just want a regular proxy specifically for that traffic – sending all of your traffic over a VPN provider (like is the default with almost every VPN client) will still result in the provider being able to snoop on and mess with your traffic.

However, in practice, just don’t use a VPN provider at all, even for these cases.

If you absolutely need a VPN, and you understand what its limitations are, purchase a VPS and set up your own (either using something like Streisand or manually – I recommend using Wireguard). I will not recommend any specific providers (diversity is good!), but there are plenty of cheap ones to be found on LowEndTalk.

But how is that any better than a VPN service?

A VPN provider specifically seeks out those who are looking for privacy, and who may thus have interesting traffic. Statistically speaking, it is more likely that a VPN provider will be malicious or a honeypot, than that an arbitrary generic VPS provider will be.

So why do VPN services exist? Surely they must serve some purpose?

Because it’s easy money. You just set up OpenVPN on a few servers, and essentially start reselling bandwidth with a markup. You can make every promise in the world, because nobody can verify them. You don’t even have to know what you’re doing, because again, nobody can verify what you say. It is 100% snake-oil.

So yes, VPN services do serve a purpose – it’s just one that benefits the provider, not you.