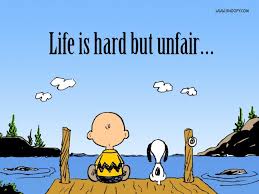 When Aurora’s lawyer Charles Painter charged me with contempt, I was asked to apologize by offering to do stuff to “punish” myself. They call it “purging your contempt.”

The court suggested I use the copy provided to me of the Appellate case law (Click on >) “Boily v. Carleton Condominium Corporation 145“, 2014, ONCA 574 of August 6, 2014. It was suggested this case should guide me in doing what I can to purge my contempt. I read it all. I offered something for every suggestion. A LOT of soemthing.

I have 49 years of professional technical skills in many areas of great value to all fellow Aurorans.

SO, woman #1 is PAID TO GO AWAY by BOTH Aurora and Erin, she drops a quick email to Aurora and she is hired back to develop Aurora computer systems.

“Woman #1: “I have talents in organization and online techy stuff.”

Well, she certainly has the that often troublesome and complex technical terminology nailed.

No competition, no ads, used obvious inside influence of admitted boyfriend Allan Downey and prior employment, Being terminated in two towns “without cause” with 8 months did not alarm Aurora, nor cause them to make sure she could be insured.

She was given rights to decide to spend tax money on Weebly and given access to Aurora computer software, despite being terminated without reason.

THEN, she offers to fake the number of hours she actually worked and is being paid for, for Aurora to use falsely in government grants. And she did that in WRITING.

The first thing she does is force Aurora to buy “Weebly” because she does not know how to create a website herself. Now Aurora is locked into needless annual fees of $160 for Weebly.

Aurora did NOT need a separate website at high cost, the info could easily be within www.aurora.ca.

In fact, this “extra costs site” simply links BACK to ww.aurora.ca

She could not even replace the “W” icon meaning Weebly from the tab.

And, yes, the text overlapped by the headings below is her “talents: on display.

Anyway, I also pay taxes in Aurora, she does not.