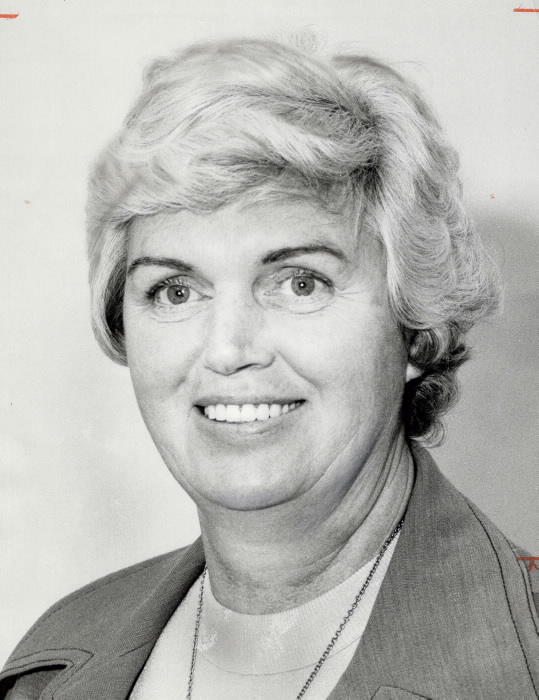 As Aurora described her:

I first contacted Ms. Buck September 3, 2012 by email. From the outset, she was always so eager to help and provide the history where it fit in.

I had no luck at all getting my neighbour to stop storing garbage in their driveway. 3 days later, I cc:d Councillor Humfreyes about the issue. Despite several promises to meet at the pub or my driveway, Ms. Humfreyes never helped in even the tiniest way. All promises and not one tiny action to help. Eventually, on March 23, 2012 I met Mayor Dawe and Techa, Bylaws Manager at the time, 2nd allow Communication boardroom. I described my problem Mayor Dawe came across the table at me because I called the neighbour trailer trash, because that is exactly how he cared for his home. He wired the garage for a full on wood shop and manufactured cabinetry for a living. Left several trash cans in the driveway because over time he had filled it top to bottom with scrap wood.

Anyway, I would email Ms. Buck on rare occasions, but she was always more helpful to me than ANY councillor has ever been. She loved this town.

September 27, 2012 I asked her for comments on why Our Lady Of Grace parents were never ticketed.

October 1, 2012 I cc:d her on my suggestion to Mayor Dawe for “School Safety Week” in the hopes illegal parking to endanger the kids was being allowed every day.

October 2, 2012 was the day I advised her that Mayor Dawe had stopped responding. And I offered to create an iPhone app for taxpayers to report infrastructure problems more easily and directly. Aurora bought a commercial app instead, and it has now been dropped.

October 9, 2012 I cc:d her on an email to CAO Garbe. I told her no one at the town would reply anymore because in 21 months of trying they had done nothing about garbage and parking.

Throughout, Ms. Buck was patient and helpful.

My last email asked about fence bylaws in 2018 and she patiently replied the last time in February 2018. Her last words to me:

…not consulting a neigbour is discourteous to say the least ,when erecting the fence

She is the only councillor who EVER helped me out.

I will miss her advice and kind words.