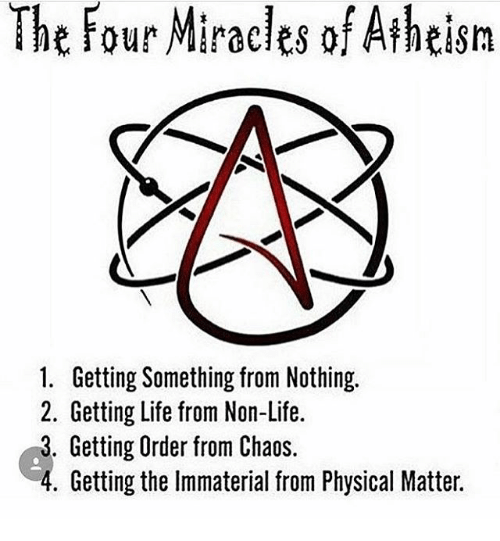 The FOI response from Mike De Rond and Aurora revealed a LOT about woman #1, and about her alleged legal name change, and her exit in disgrace from Aurora’s employ and her triumphant return to Aurora to do work.

But what was MORE revealing is what he refused to provide.

They do not always tell you the stuff that happens with your taxes. Sometimes on purpose. Sometimes because they truly do not know.

Aurora lost its CAO to Richmond Hill and so they needed a replacement. They “went to Sudbury” and found that Doug Nadorozny was between opportunities, so they hired him. He is very appreciative to have a job in civil service again. And he responds by doing his usual good works here now.

He hired Aurora’s Clerk, Mike De Rond, I think, maybe not, I forget, and Mike’s job is to respond to FOI requests.

But, he does NOT want to actually give me what I ask for. So what he typically does is set a high estimated cost to photocopy stuff my taxes paid to create. If the stuff was good enough to be paid for by my taxes, I can certainly pay again to see what I got.

Anyway, when he quotes a ridiculously high cost, as when he wanted hundreds of dollars to tell me how many pet tags he sold, I invariably said “No, thanks, too pricey.”. Because, at the law suit trial, I will pull those estimates out and show the justice how they are artificially high because he does not want me to know.

BTW, to get a pet count, he just looks at the Docupet dashboard on his computer and tells me the numbers. 60 seconds maximum.

This time, we expected the usual high estimates to photocopy emails, so, just to surprise Mike, we paid up. Best dollars we ever spent, not for what we got, but for what we now have him on the record for trying to hide.

He will reply that the FOI process release DOCUMENTS, not answers. He will claim he has NO document reflecting pet counts from Docupet, and so he cannot “release” it to me. He CAN release the General Ledger Account holding the money remitted to him by Docupet, but, he will not do that either. Because, when Doug screwed up and gave me the 2016 figure it revealed that only 1,500 pets or less out of 14,000+ in town paid up for a new tag. We should have received over $300,000, but instead we got about $30,000. 2 out of 3 houses have at least one cat or dog. There are 22,000 homes. Do the match. Cats are $10, dogs are $30 (why the bias, by the way?).

So, everything related to women #1’s employment was refused.

Therefore, it is her employment which is being obfuscated.

Yet, he was happy to tell me all about her new job for Aurora as web master for its latest attempt at a viral Internet… July 1

Yes, playing off her success at RoaringWomen.com she has been chosen to be the prestigious webmaster for “Canada’s Birthday Town” .ca

And since she was put in charge of it, she inserted her name on it at the bottom of that “About” page.

I am glad to see she was able to convince Aurora that she was dependable and capable to use Aurora computer systems unsupervised again.

And the day she was supposed to meet the Town executives who gave her this honour, it was December 4, 2019. She was to get a celebratory free lunch and meet her new staff.

But, that day she was in court, waiting to be called before Justice Rose. Crown Elder knew I was to be convicted of blogging her name on my lawsuit and he wanted #1 to be #1 to get up and read her Victim Impact Statement.

She had to touch it up a bit at J. Rose’s request. So she could not make the free launch. Instead, she invoked the floods in Alberta to emphasize how her life was destroyed by seeing her name on the web. As a Roaring Woman she sure her name in multiple places in ver post she blogged and she has been reduced now to a quivering mass seeing it just one more time on my law suit in a blog post 8 other people read.

Yo may think that was quite a score in itself. It was. But, then, I got every email between woman #1 and Shawna and Michelle who were paid by Aurora to aid #1 in her new job.

Then, binuse, I got every email Allan Downey sent to her from his Aurora business email address after she was terminated. And, of course, in the pile there is the one from me to Al about her progress in Erin that she took to police on August 23, 2018 to arrest me the second time.

Luckily for me, she was asked by Det. James Ward to go back and get legally obtained versions of both Aurora and Erin before trial, and she never came back with them. So, Justice Fuerst got to “pre-trial” her charge and those of #2 and #3, and she called in Mr. Westgate, the senior Crown, and he was able to convince “my” Crown Greg Elder to withdraw her “Publish Defamatory Libel” charge under cc s.301, the one declared unconstitutional in 1995.

So that all worked out.

But we taxpayers are not permitted to see why or how she was hired, who else applied internally for a promotion, how much they paid her to leave, and when they removed her email address when she was termnated.

She had a Blackberry provided. I wanted to know if they let her keep it when she left. If she did, they needed to keep her email address valve as well. They would not tell me when she gave up her Blackberry. It was probably left with her FREE while she looked for. new job, poor thing./

Do I need all of those documents?

Well, I’d love to have them, but, I know they will NEVER be voluntarily provided. But, since woman #1 collaterally attacked me with a $1,000,000 lawsuit for losing her ability to ever earn a living, I will get them at the discovery.

Also, I will get them when my suit resumes against all 7, or 9 with fence lady and Principal Donato… defendants.

But, without them I can still win her suit against me.

She sued me swearing that she could never work again, because of a reputation sh picked up when I described her actions against me in my blog. But, here she is back working for Aurora. The same town that she said would “never, ever again” give her a job, went and gave her a job.

So, I think, if I get a justice with a pulse, I win that suit, and I get huge costs from #1, $45,000 at least, since that is what her else claims have cost me in cold, hard cash EXCLUDING my time. Then, the justice can assign punitive costs as a SLAPP suit. UNCAPPED SLAPP costs.

See, because back in July 14, 2017 she had me arrested dally, she kicked off a flood of others who saw the “easy money” potential and they jumped in for their shares. #2 in the dog park and her counsel #3 all determined I was their personal piggy bank for a while.

The same lawyer #1 uses civilly is also used by the woman who will be defendant #8 when J. Edwards comes back to work. So, she will be well prepared for what happens next. Her other client also misrepresented her claims, and then she signed it. Or her lawyer did.

Either way, her lawyer(s) have to explain how their client accused me of being a “serial harasser in Aurora” or similar. She had planned on the accusations of #1 being upheld by a justice. And that did not happen.

Every claim #1 made about me to police in 2017 and 2018 was false. All 3 charges in 2 arrests were withdrawn. She wasted her time and money.

I think maybe her lawyer is on contingency. She gets paid only when she wins. But I think #1 pays ALL out of pocket costs and just gets free legal advice. A smart lawyer constructs contingency that way so the lawyer loses only her time, but nothing of actual value.

How do I end this?