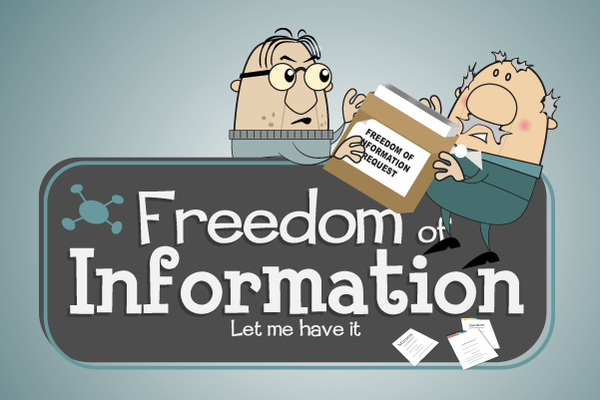 What you’re denied is what is important!

Praise the gods for the Freedom of Information request. This post is a small pre-amble to Discovery when we get there.

We asked for a large number of records related to how Aurora operates when it comes to hiring senior managers. It is my opinion that most taxpayers would assume hiring follows “Best Practices” or some gobbledy gook. They do not.

One may also assume that when a person is hired to be in charge of the men and women who “police” our children in parks, schools, playgrounds, sports fields, swimming pools, etc. that Aurora would undertake to assure us the person has “no priors”… that she HAS actually DONE what her resume claims.

No one would object if the Bylaws Manager, for instance, were to enter into a pool change room to investigate a property damage claim by an adolescent swimmer. If you see a badge, a bulletproof vest, a flashlight…. all the trappings of an parking ticket “officer”, you let them go deal with possibly naked kids in a changing room.

But, it turns out that Aurora hired a person for that very sensitive position and never BOTHERED with a background check. Or, if they did one they will not tell me.

My son once was hired by Aurora as a cashier at the skate park, but only AFTER he underwent a police background check and got a clearance letter.

Recently, York Regional Police claim to me they do NOT do hiring or name change background checks. And one is required to get EVERY legal name change.

UNLESS, maybe someone who GOT her the job, knew her prior to her hiring and vouched for her.

Her husband also got a job at St. Andrews, maybe he came first and then got the Aurora job lined up for his wife. No pone has commented on that question.

This is assumed because her $130,000 job was NOT ADVERTISED, there was NO competition. No betting, no approval by Council.

So, who is the friend who got her the job? Techa? Allan? Mayor Dawe?

So much to learn. Now we know why when I challenged the career claims made in LinkedIn that I got arrested. She knew NO ONE in Aurora or on Council knew a single thing about her professional background, and so my revelations would be exciting news.

Is this why HR Manager Sandra McKenzie quit? Do she perhaps know the “arranged:” hiring would come back on her? After all, Sandra is the one who firstcalled in police to arrest me. Did she THEN stop to think that she had hired an unknown and now the unknown caused my arrest?

Did the HR department figure out about the gravitational attraction glass houses have for stones? Or was it simply coincidence that Newmarket needed her skills?

The staff turnover rates at Aurora are not published because they are so high. Was that the reason she left, because Human Relations could not retain staff, and when hiring did not check backgrounds?

So, I know that when I am looking for work, it is always recommended to FIRST AND ALWAYS use your contacts. Especially for civil service. Don’t wait for ads, because by then the person has been hired by “insiders”, those who KNOW someone.

I once got a 6 year contract by simply stopping by in at a friend’s office to say “Hi”. It started as a 4 week deal, and I performed so well they kept me for 6 years. Erin hired for a 6 months contract, and THEN changed their minds after just 4. That is NOT a hopeful sign that she knew someone INSIDE at Erin, only at Aurora.

We can tell from what requested records were withheld where to go with questions at Discovery. It is not always what you GET that is most important. Most times it is what they REFUSE to give you that is a signal you hit a sensitive issue.

Give me a day to read the 84 or so “records”. The withheld responses hold the clues. Because I requested only public information, information the typical taxpayer would assume he could get if he asked.

I find it ironical that lawyer Gwendolyn Adrian is suing me for contempt because I refused to tell her the serial number on a 20 year old push lawn mower. Now, when I simply try to determine a public, legal name of a person, her client. on the day she was “terminated without cause.”… I am refused. Everyone knows there are only two choices and ONE must be correct and BOTH names are in the public record anyway.

Refusing to tell me is solid PROOF that my assumption is correct. That no name change ever happened or did NOT happen between June 3, 2017, and June 14, 2017

On June 21, 2017 the manager told me she had legally changed her name alreadsy. This alleged change NEVER made to the Ontario Gazette where ALL names changes are announced.

Then, rather than say a simple yes or no, she said:

Someone with adequate prior experience to handle 18 people would know to just answer and avoid controversy. But this person knew she ALREADY HAD the support by one of the most influential, senior levels of Aurora staff. One she was dating from spring 2017, as he admitted at my trial. I am guessing she knew she would be protected for whatever she said, right OR wrong OR silent. After all, she already had the protection of York Regional Police who on June 4, 2017 turned a blind eye to my assault charge against her the day before.

YRP failed to be ASKED to check her background by Aurora. They would have refused anyway they tell me now. And they failed again June 4, 2017 to do the simplest background check on someone accused of physical assault, and photographed in retreat with two witnesses. Police did not even speak to the witnesses.

On June 19, 2017 the Blackberry used by the terminated manager was NOT set up for her new name.

Would a person who underwent the typical months long name change process NOT have had her business email hardware set up for the new name?

On June 3, 2017 she used her married name to sign my ticket. I began asking her what her name was On June 21 she told me her name change was complete.

On Jun-8-2017, at 8:24 AM, Bob Lepp <my.town.aurora.ca@gmail.com> wrote:Site of Pawsfest Annual Bylaws Community Spirit Event
93 B Industrial Pkwy S, Aurora, ON L4G 3V5
(905) 727-1375
Ms woman #1, Ms Van Leeuwen
I have taken the liberty of creating a Google Maps placemark for your annual event on Saturday.  I was in the process of documenting the placemark with the 360° google map virtual imagery now showing at that Google Maps location and regular photos. You may now link to this website address on your website to let the public know how the event went this year. This will let them take a tour of all three vendor booths.

Thank you for your correspondence.  I note that you are using a new email address to enable communication via email with staff and Council.  I just want to make it clear that your emails from your original email address have never been blocked for Councillor accounts.  The action we have taken is for staff who have been subjected to your abusive behaviour in the past. As long as emails from your new addresses are not abusive, they will not be blocked.  However, should you demonstrate the same abusive behaviour as you did in the past, staff have been permitted to block new addresses as you create them. For your information.  Doug Nadorozny

Mr. Nadorozny did not correct her name on that day, June 8, either. He did not know of any change. He is in charge of everyone. Why did HR not tell him?

What is your official email address at the Town?
On Facebook you are xxxx, just last week you were yyyyy

https://www.linkedin.com/in/woman#1/?ppe=1
Says you are Bylaw Manager, but your Profile name is xxxxxxxx

You signed my ticket as “xxxxxx”

What is your current legal name?

I hope you will agree to answer my question as a person charged with A Provincial Offence, Permit dog to run (amble) at large June 3, 2017

Followup: What is your legal name as far as writing Provincial Offenses tickets is concerned?
I cc:’d your boss and the CAO for clarification of your legal name.

I never got a reply from either Techa or Doug Nadorozny. To this day.

Stand by! Should be quite the learning experience.