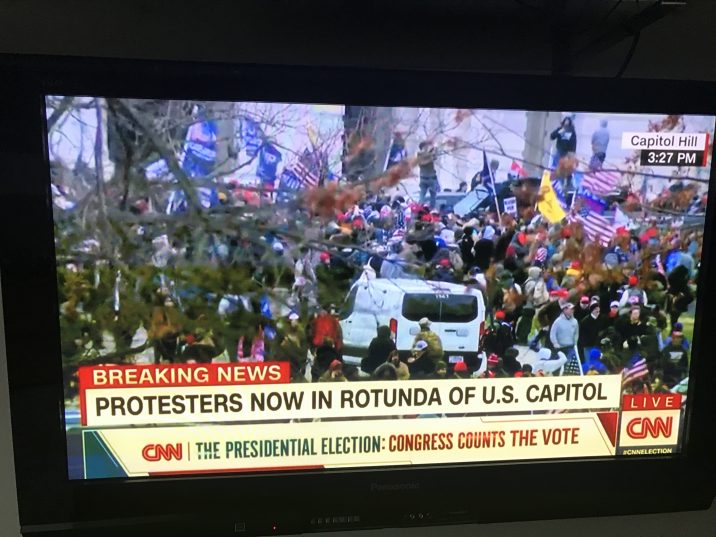 This is the ultimate result of lies.

An attacker sits in the Speaker’s chair, HOUSE SECURITY GUARDS HAVE GUNS DRAWN ON THOSE TRYING TO ENTER.

A woman has been shot in the chest.

is it not ironical that the same people “in blue” praised by Trump were unable to keep a rioter from sitting in the Speaker’s chair. Trump praised the thin blue line for NOT doing their jobs.

police have known for weeks that today was planned as a riot, yet they did nothing to be prepared. Because WHATEVER they do they get applauded as “first responders” whether they are:

It’s the bestest job. Any old shit job you do is photographed and applauded and you get an annual raise and better than a state funeral.
At the same time people who feed us and clean up after us and care for our parents make the $7.25 minimum wage. God bless the USA.