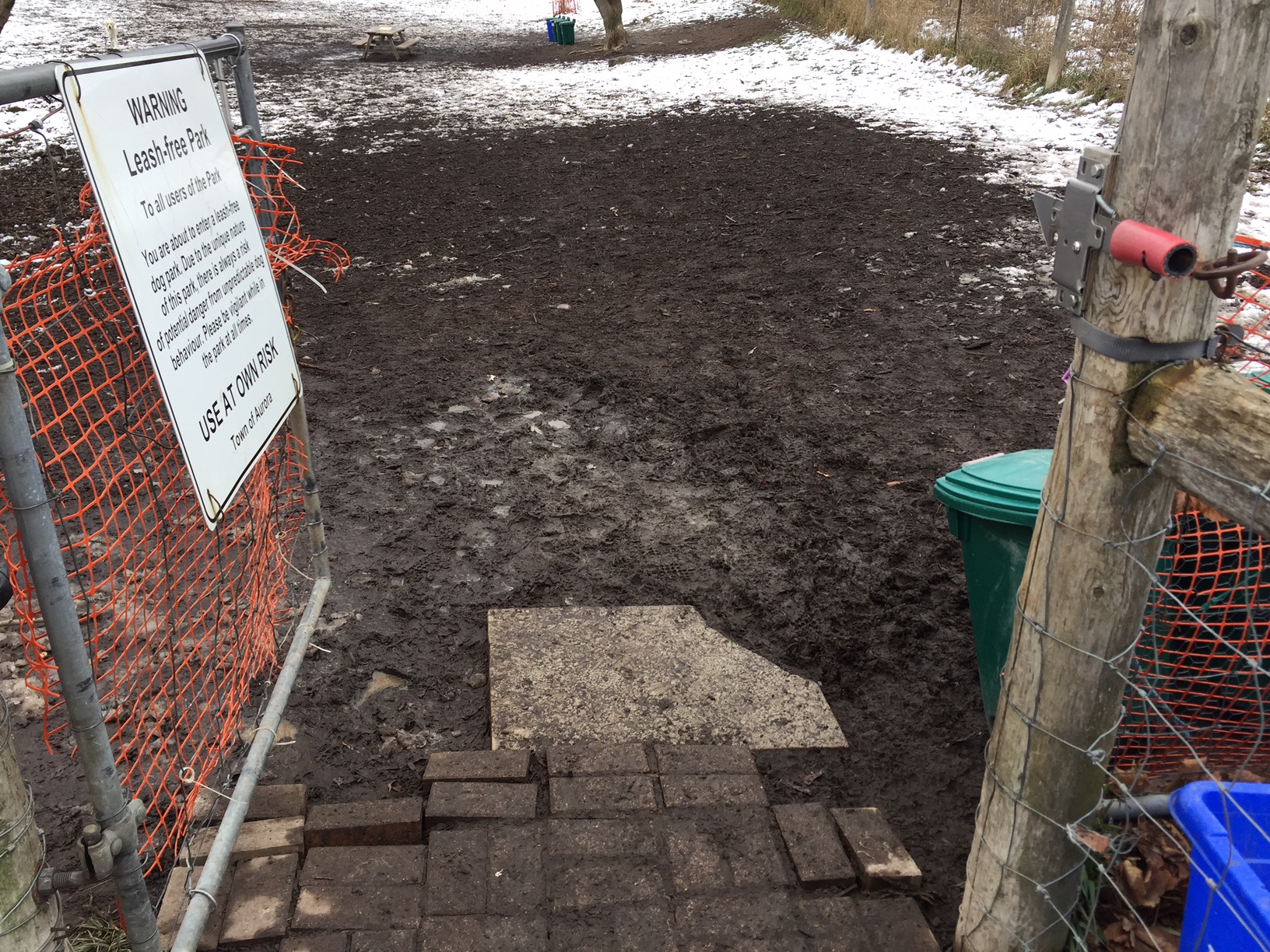 Woman #3’s statement is at:

Justice Rose ordered them THROUGH THE CROWN to NOT go outside the impact of the one charge, but every one did and misled the Justice as to the facts. The Crown came back and said he was defying J. Rose’s order because he “did not feel it is my duty to tell then what NOT TO SAY”… he told J. Rose he had just REFUSED his order. J. Rose did nothing, said nothing, and just let all 3 women say wherever they wanted.

As a refresher, here is the COMPLETE photo blogged for this charge:

“I am a long time volunteer for the Town of Aurora. It has been my pleasure to serve my community as the lead volunteer at Aurora’s only dog park”.

“2016…cancer…treatments… I needed help… Mr. Lepp began a campaign to assist me with the improvements at Canine Commons.”

“it included numerous emails to the local papers, council members, parks and recreation staff, bylaws officers and his blog…”

“It included visits to local businesses where he used my illness to illicit (sic) support for improvements to the park.”

Truth, except I used her 9 years of volunteerism with a penny from Aurora as a call for local businesses to donate money or fencing, gates, etc.

“…illness…Mr. Lepp used my illness as a weapon in his abuse of me and others.”

How does one “weaponize” an illness?

“I felt his emails and blog were derogatory in nature.”

This impact statement WAS ordered by J. Rose to ONLY pertain to the guilty charge. Period. Now she speaks negatively about my work 2 years prior. The “derogatory” portions relate to her bylaws violations, too many dogs, no tags, no control of dogs, illegal parking of commercial truck blocking park entry.

“I was meeting with coucncil to mitigate any damage to my reputation and theirs.”

She could not GET a meeting until I helped her. “damage” is the parking violations and multiple pet bylaws violations.

“The dog park was one place I found comfort…Mr. Lepp’s behaviour was so distressing I started to lose the comfort I found in this beautiful place.”

She was NOT comfortable carrying in a lawn mower and cutting acres of grass the twin refused to cut. It was a mud bath,. covered in scrap tree limbs, cattle fencing that let small dogs out, broken gates, sharp wires, illegal chain link fencing, muddy parking lot, lac of wood chips.

THIS BEAUTIFUL PLACE – Before Bob

I, my husband, other members of the volunteer committee requested…..

There are NO OTHER ACTIVE MEMBERS. She talked a few friends in to signing the contract AS IF THEY WERE VOLUNTEERS, She was a ONE WOMAN COMMITTEE. Each new “member” acquired is required tor sign a contract. NONE HAVE SIGNED.

“Mr. Lepp continued. Once it became clear to him that I did not support his narrative, he targeted me in his onslaught of communications.”

She did not support ACCESSIBILITY LAWS REQUIRING PATHS, ENTRY GATES, ETC. Then, she blocked the gates with her truck every day. And since 2007 she has run. commercial business in the park against all the bylaws listed on the rules sign at the gate.

“He began a crusade against me with the town.”

I sent the town 1 email about parking, and one about too many uncontrolled dogs she brought in on May 10, 2018 and one attacked two of us. She laughed at us. I sent a 3rd mail May 11 asking police for help with the dog attack since Aurora Bylaws ignored me..

“His harassment at the park intensified.”

“Mr. Lepp violated his bail recognizance. As part of his recognizance he was not to contact me.”

I did not. I mistakenly blogged a photo of page 1 of my lawsuit. Period. With a microscope her name could be seen as a $1,000,000 defendant. THIS is what the “impact” is supposed to be based on. Not anything prior or after. Every breach was a photo of a contract page or letter with a name on it no one could read.

“He has shown he has no regard for any orders or decisions of the court and therefore should be penalize (sic) appropriately.”

The “order” said to not “mention” 4 names. Justice Dawe ruled the order a violation of my Charter Rights and voided it. Justice Dawe struck down the conviction AND the 3 year probation order as unproven. He said I could not have KNOWN a microscope would reveal her name on my lawsuit.

In summary, woman #2 wrote a statement covering 2 years with misleading alternate facts, and yet not ONCE did she state the impact of SEING HER NAME UNDER A MICROSCOPE.

Justice Rose ordered the Crown to tell all 3 women they MUST limit their remarks to the charge and the conviction, nothing else. Each one used years of comments, invoked a dying mother, and claimed that by sending an email I forced them to buy security cameras. I have not been to any home or business address of any of the 3 women except #1 when I went to Council meetings or dropped off FOI requests.

Next time – Woman #1 Reads Her Impact Statement Into the Public Record… extracts are examined for accuracy.